Purported to be a pupil of Charles Antoine Coypel, Jacques-Phillipe Caresme was admitted to the Royal Academy of Painting and Sculpture in Paris whilst still young. He was expelled eight years later for some sort of financial misconduct..

In 1781, whilst still a royalist, he composed an allegorical design in commemoration of the birth of the Dauphin. In 1794, after his transition to ardent republicanism, he presented the Commune of Paris with a drawing representing Joseph Chalier (the tyrant of Lyons) going to execution. Both of these drawings have been engraved. He also painted a large picture of the 'Nativity of the Virgin ' for the Cathedral of Bayonne.

Examples of his work hang in both the Nantes and the Bordeaux Museums. 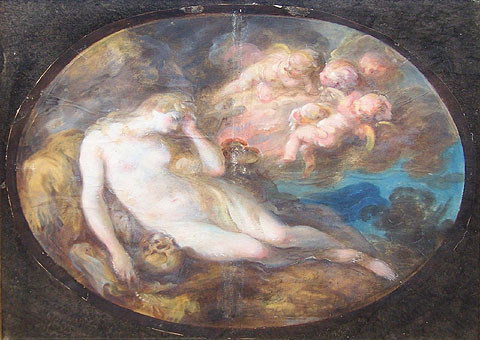