Maurice Felbier was a painter and wood engraver trained at L’Académie and then at L’Institut Supérieur in Antwerp. His teachers, Edward Pellens and Isidore Opsomer, initially influenced him to produce work which was quite heavy in feel, but as his career developed, his style changed towards a more impressionistic realisation of painting, particularly in the depiction of light and its effect on the subject.

Felbier was a master of many genre subjects including female nudes and subtle still-lifes. All of his work was imbued with a literary and symbolic sensibility.

In 1939, Felbier was elected a member of the art group Cercle ‘t Getij and in 1950 he was appointed Professor at L’Académie d’Anvers, a post which he held until 1968. Works by Felbier are held in the collection of La Musée d’Anvers. 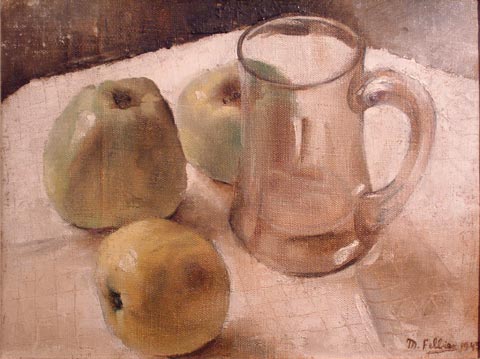